Also, I have never been this overdue with an I Never post. Sorry!

Anyway, this post is not about the Dr. Oetker pizza burger which has a lot of TV commercials these days. Not to say it’s bad: I tried it when it first arrived in the Netherlands last year and was not disappointed, though they were a bit small for their price.

This post, however, is about a homemade pizza burger. Inspired by this image, I decided to make something similar for myself. The idea was to make better portions, less raw meat and a lower risk at heart attacks.

So, I started with the burgers:

Fun fact: this was the first time I made burgers from scratch. Good thing Lena was there to tell me to use bread crumbs ^^ 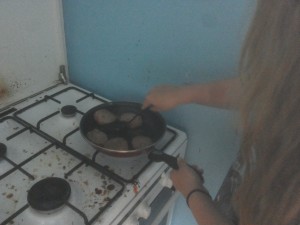 Now here’s the trick to making bite-sized pizza burgers: instead of using a full-sized pizza, I bought and prepared some Wagner Piccolini’s. 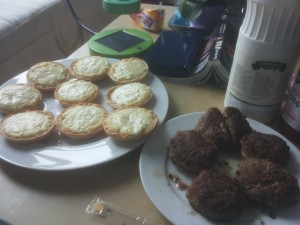 Just take two Piccolini’s, stuff a small burger in between and voilà: a delicious snack 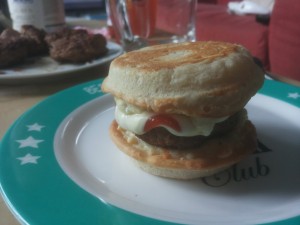