This story goes back a long way, even before I did I Never. Back when I was still in University and living in Enschede, I had a hobby similar to I Never, called Crazy Ideas. The crazy ideas were more related to food and were a lot wilder than what I’m up to these days.

At Huize Entree, where I lived, I became known for these experiments. One fateful birthday, for this very reason, my housemates got me an ice cream maker. However, this was near the end of my study time, after which I kind of left it to lay around. As time went on, Lena moved in and we got to throwing a lot of our old things out.

Except for the ice cream machine. I really wanted to keep it, and try my hand at making ice cream one day.

This month, the time was finally there. Unfortunately, I didn’t make too many pictures, so you’ll have to make do with my walls of text.

So, first of all, I decided I wanted to make cactus ice cream to make up for September, where I wasted my cactus fruits. However, it turned out that none of our supermarkets sold cactus fruits, and because it was Sunday, I was unable to check the fruit market.

On Monday, Lena told me that the fruit market also didn’t have any cactus fruits. However, she got me pitayas, which is also the fruit of some form of cactus. So on Monday evening, I started working on preparing the ice cream batter. It had to cool in the fridge for another day, so today, on Tuesday, I was ready for the final step: making the ice cream. 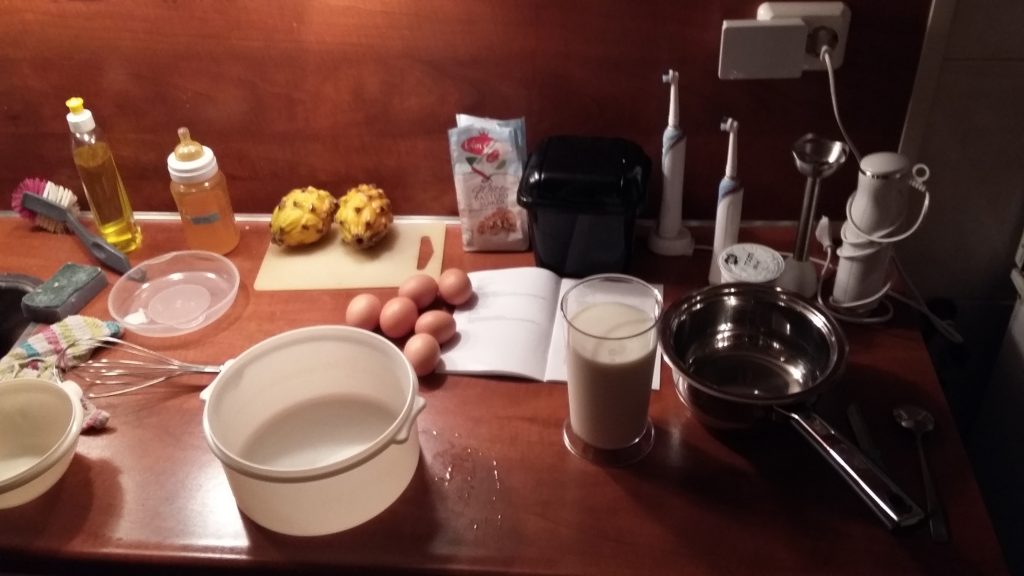 Preparation for the batter.

Today, I got the batter, took the ice cream maker’s bucket out of the freezer, attached it to the mixer and turned it on.

And it did nothing. The mixer made some noise, but it didn’t spin. I don’t know if it’s been like this all the time or that it broke somewhere during all the moving.

Anyway, after a trip to the shop, I did end up with a bit of ice cream, even though it’s not of my own making. 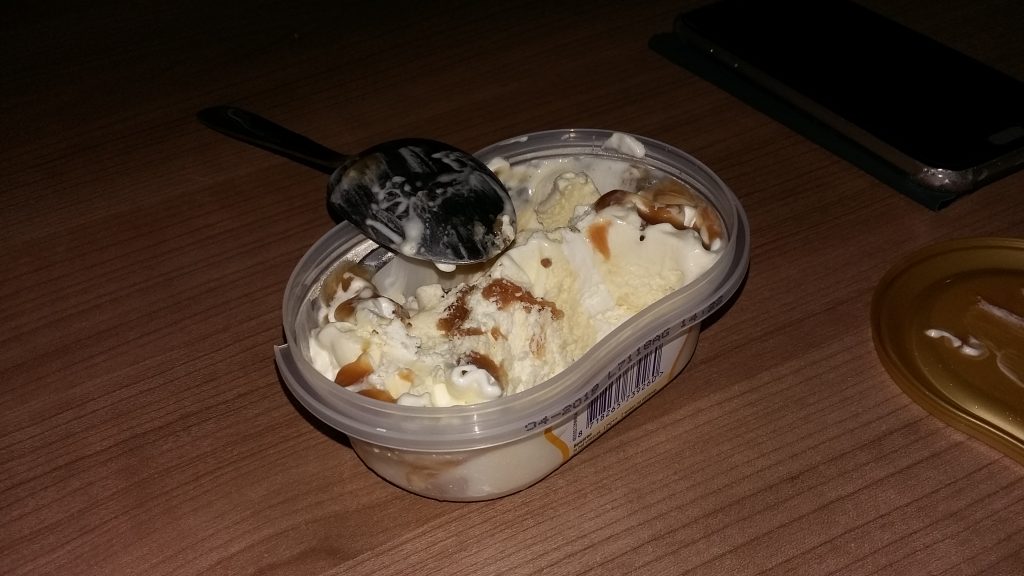 I was pretty excited to be making ice cream though, so I’m going to try to get my hands on a new ice cream maker and try again.