It has been a long while since Lena and I took a vacation with just the two of us. Actually, the last time we did was back in 2015, when we went to Hamburg. Lena also told me of the times she went to Valkenburg and how much she liked that, so we decided to take a long weekend to the South.

We went to Valkenburg on Friday, where we stayed for one night. After that, we traveled to Antwerp on Saturday, stayed there for two nights and headed back on Monday.

We definitely enjoyed our time together, and away from our daily lives for a bit. Oddly enough, even though Valkenburg is actually in the Netherlands, our time there felt more like a vacation abroad than our visit to Antwerp. Valkenburg has a lot to do and to see, the scenery is very mountain-like and is obviously designed to attract tourists. Antwerp on the other felt more like we were in Amsterdam or Rotterdam, with big buildings and lots of construction.

But in both places we walked around a lot and saw many things. Valkenburg is known for its man-made caves, of which we toured two. In Antwerp, we spent our first day in the Antwerp Zoo, and some shopping before traveling back on the second day.

But, enough yammering, time for some pictures! 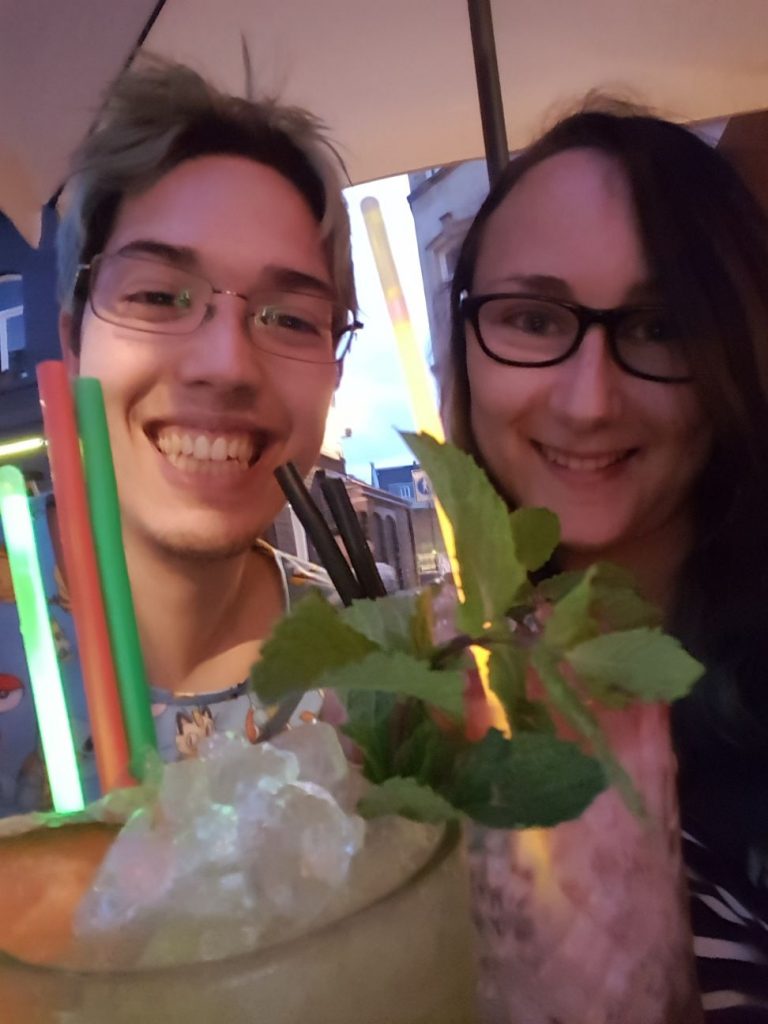 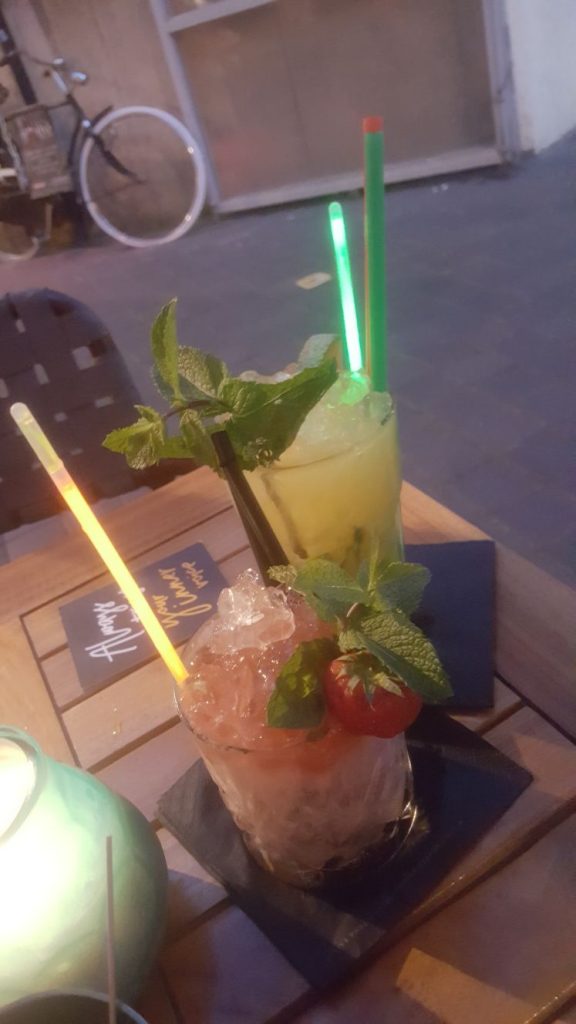 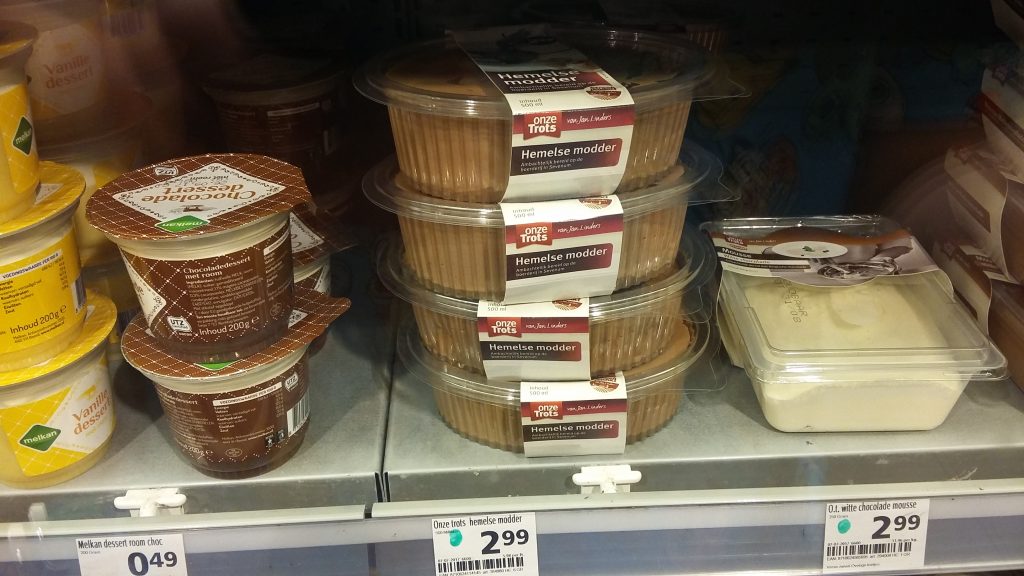 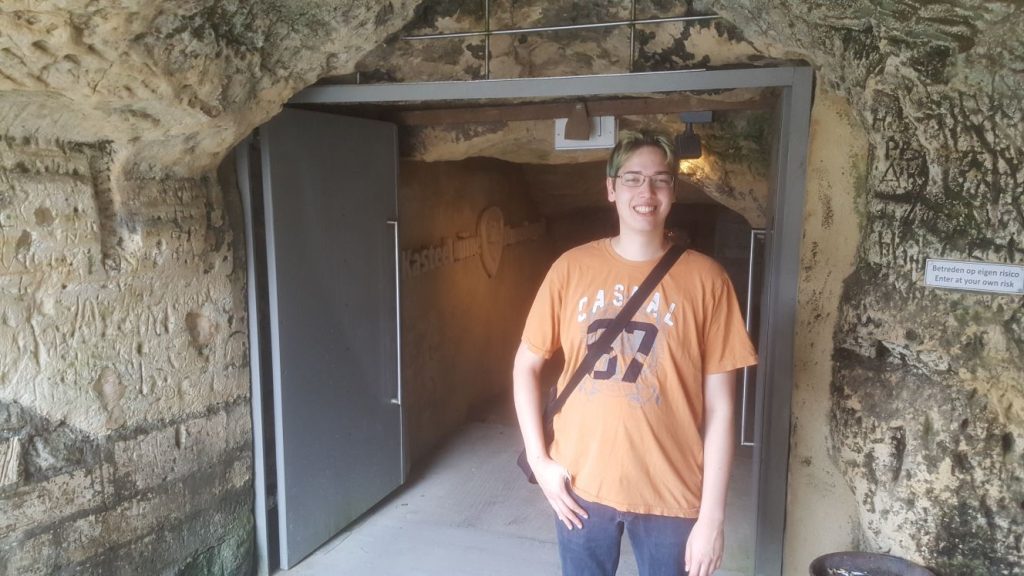 The entrance to the caves. I’d never been in these kind of caves. I liked it a lot. The temperature was nice and cool with the heat outside. It was pretty creepy at some points too, especially after the second tour, when Lena and I walked to the entrance by ourselves. If we stood still, we would be in total silence. And you’d walk past a lot of “rooms”. The realization that something could be hiding in the dark, just right in front of you, was pretty haunting. 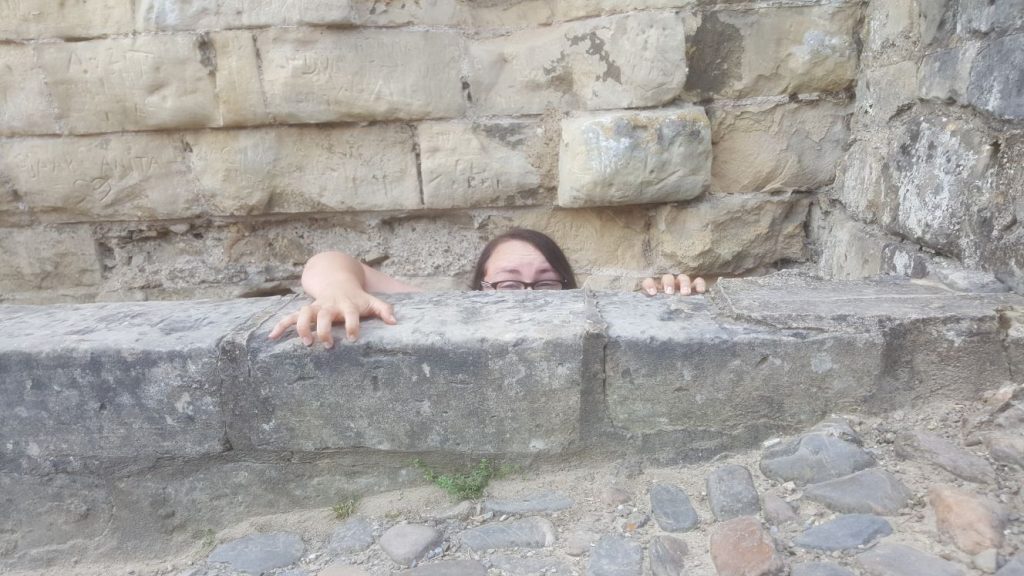 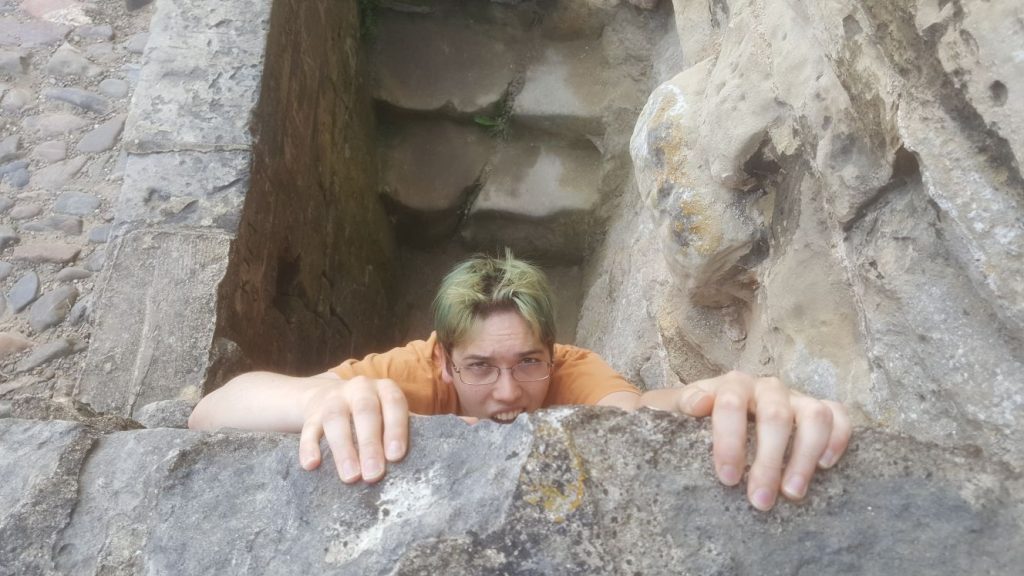 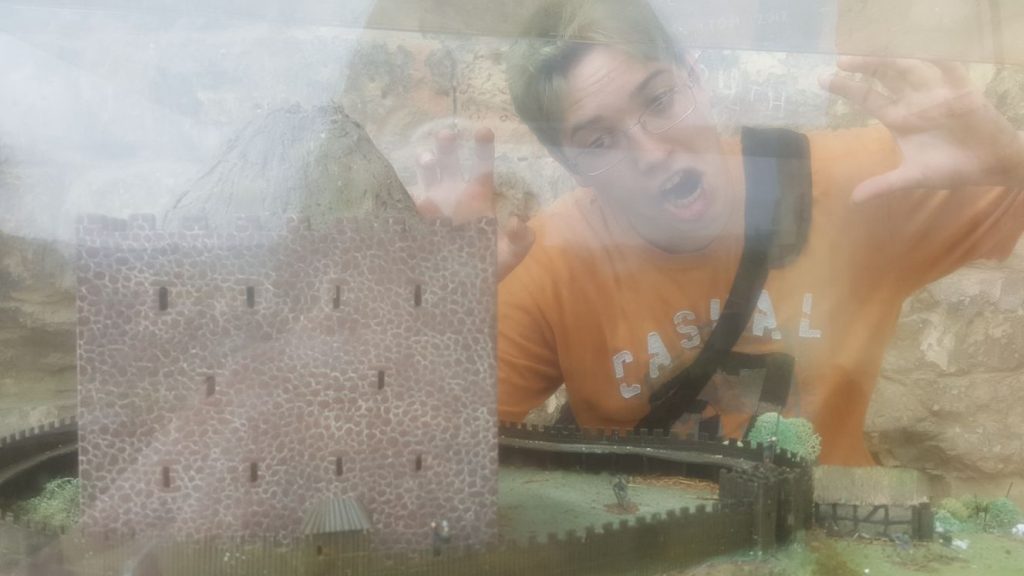 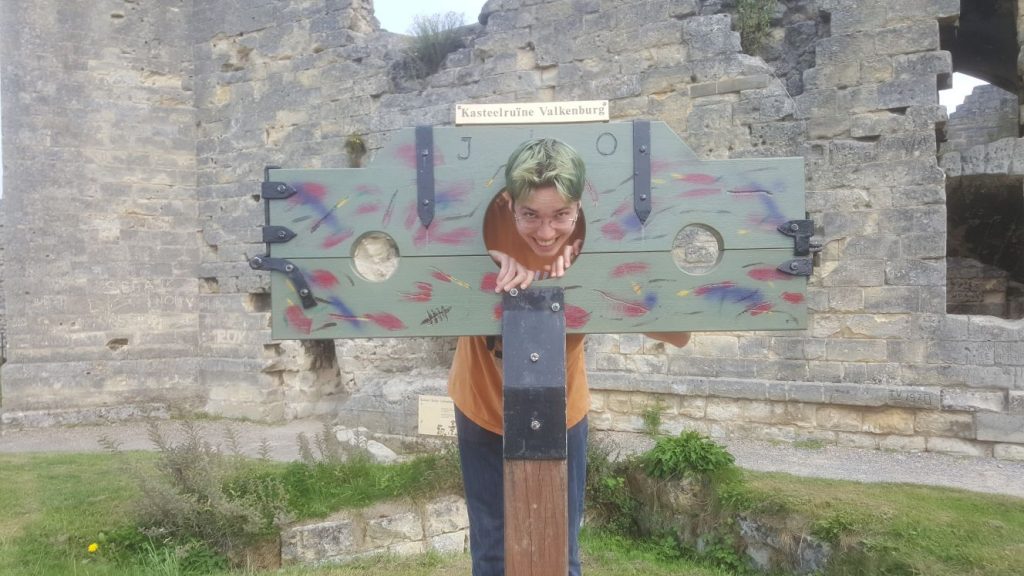 We had a lot of fun at the Valkenburg castle ruins. 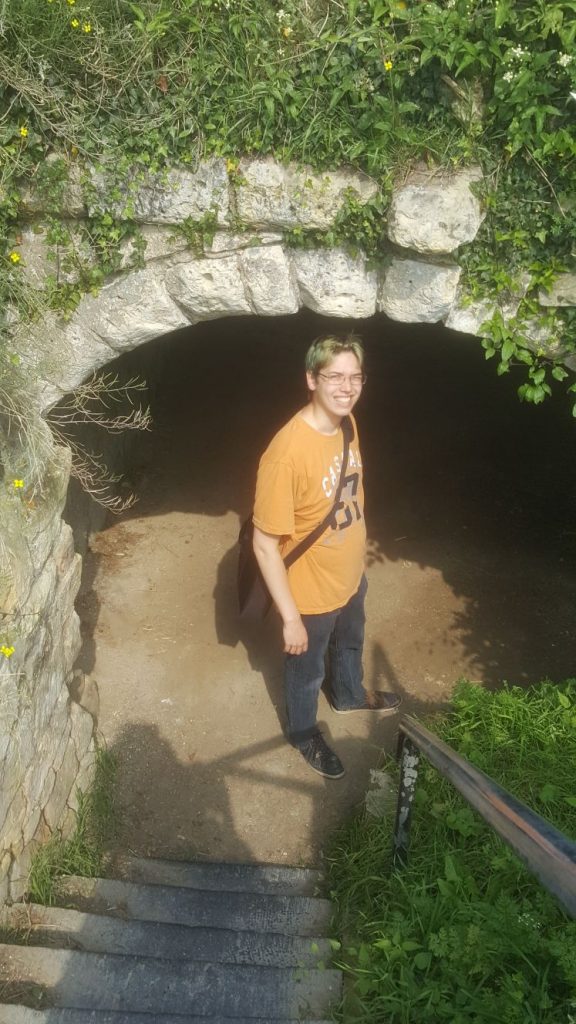 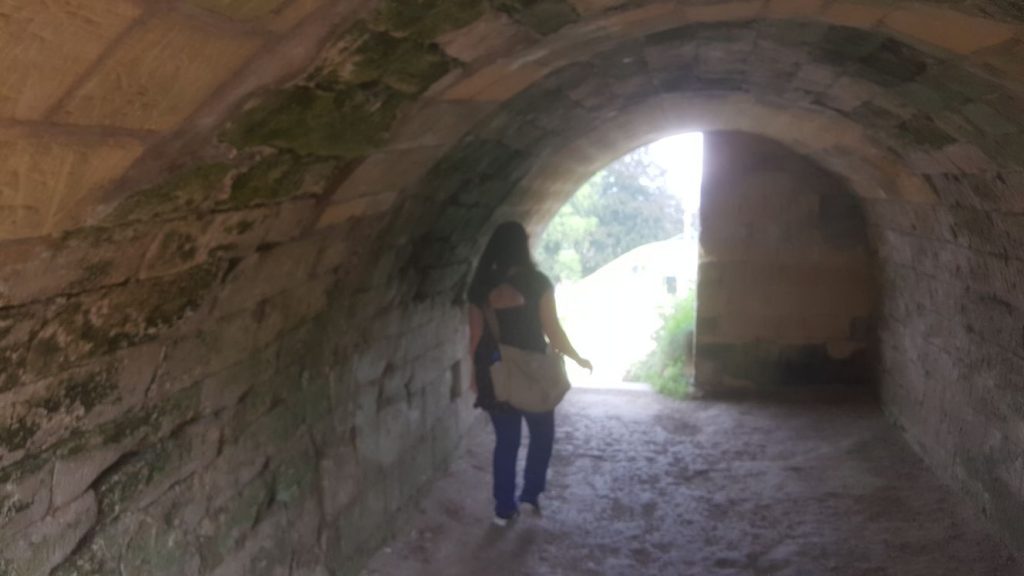 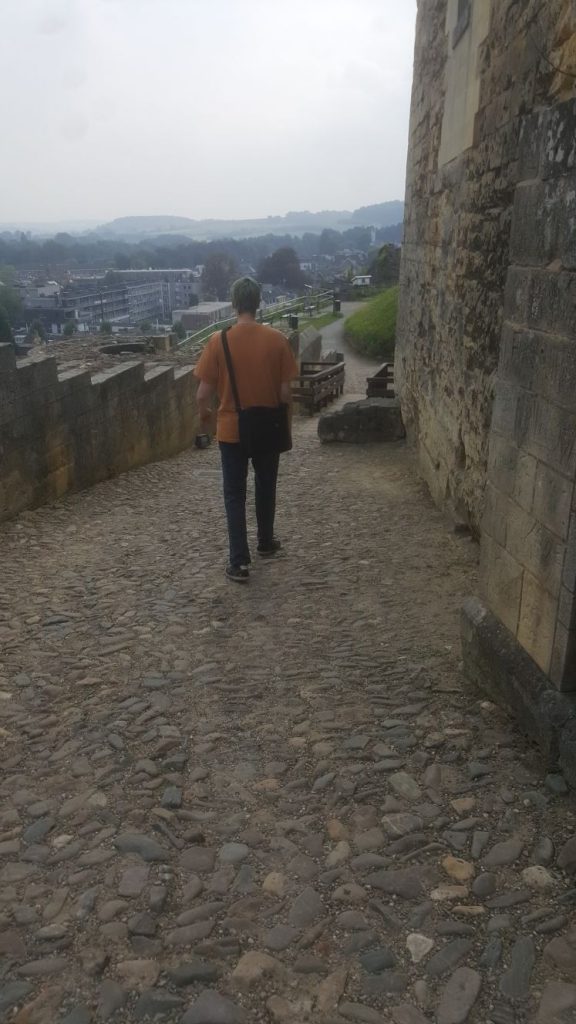 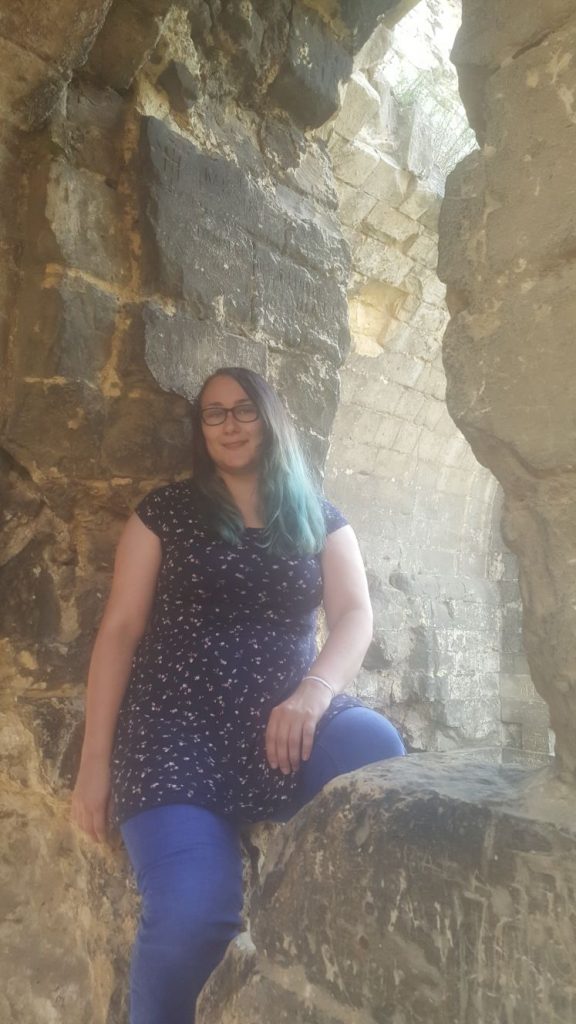 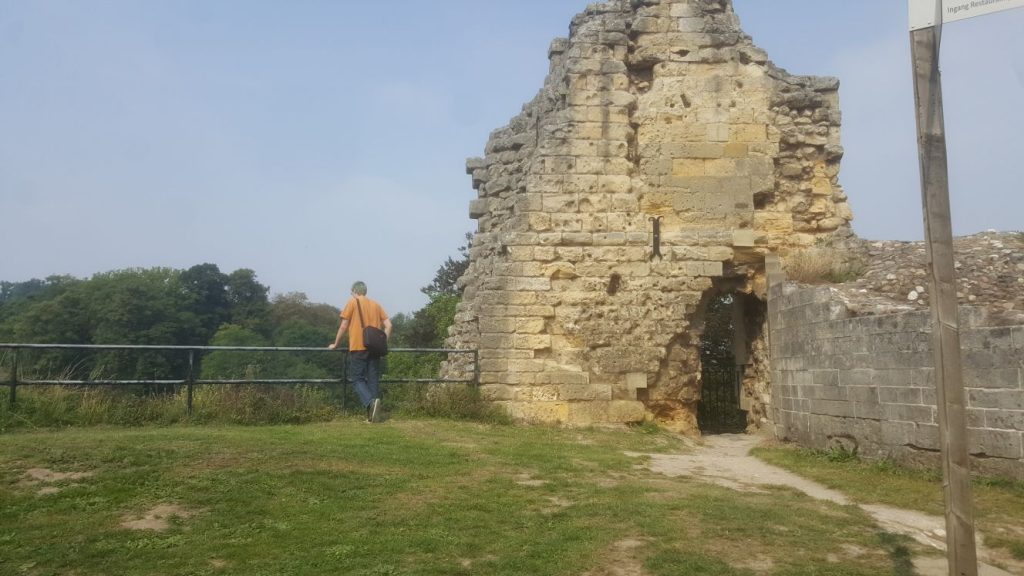 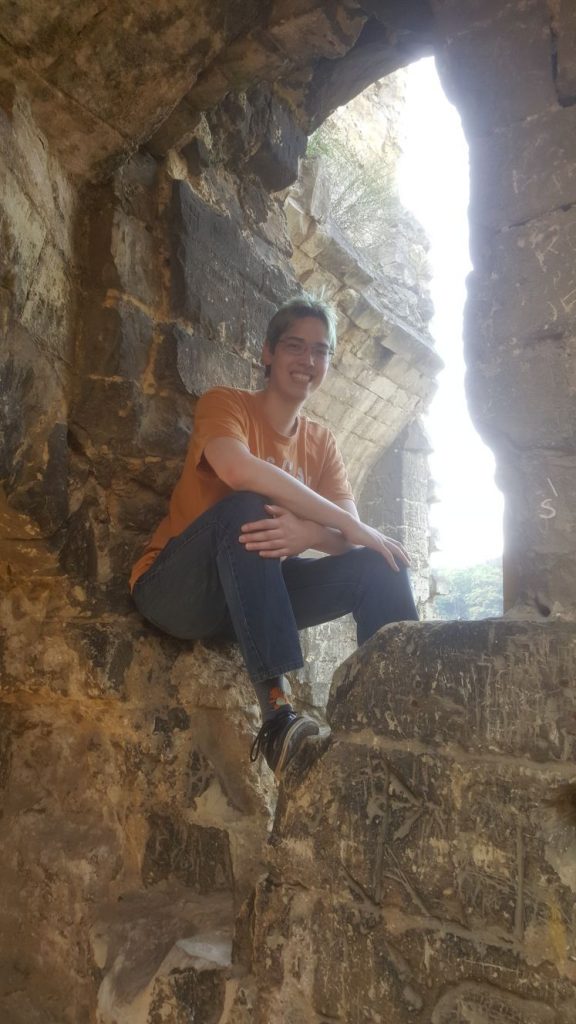 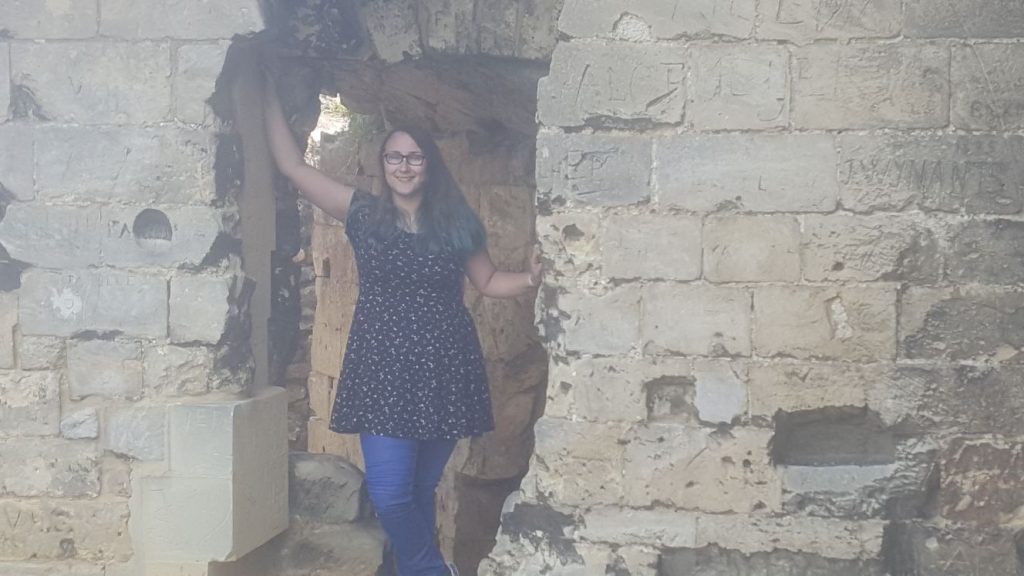 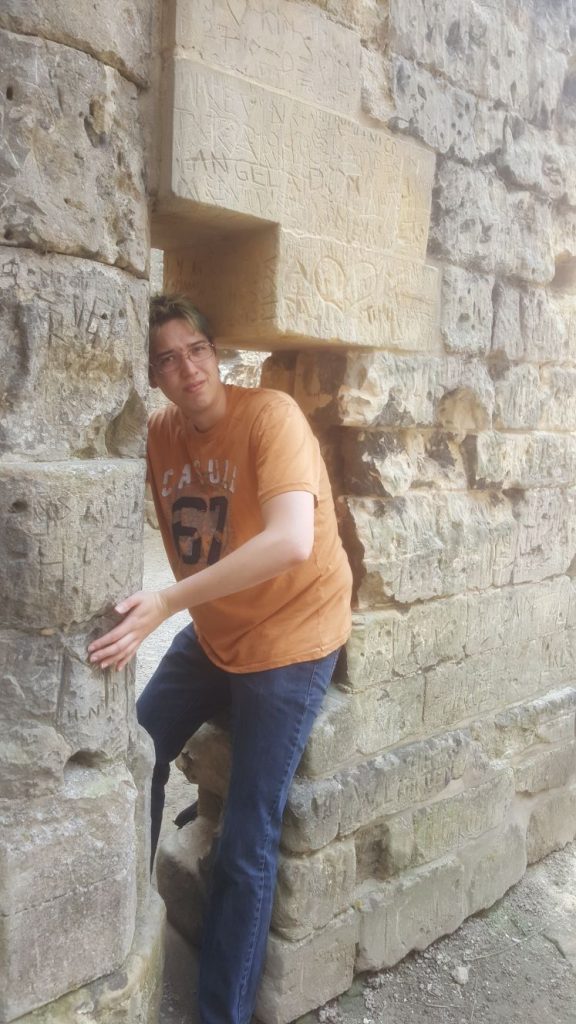 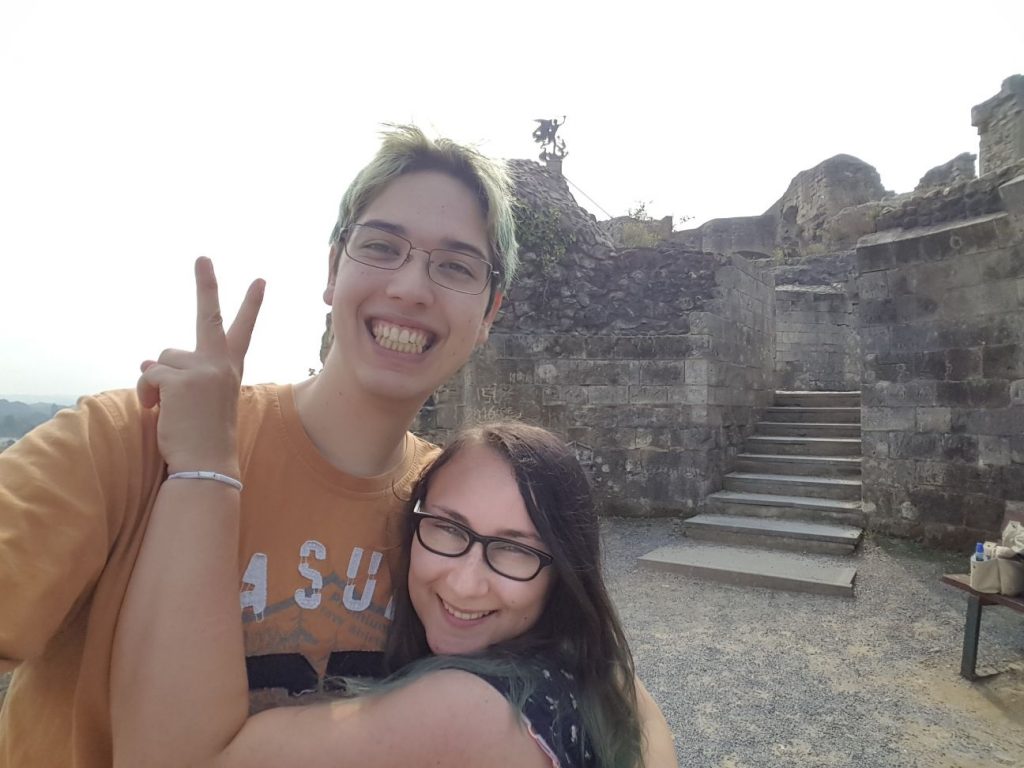 It really was quite something to see. 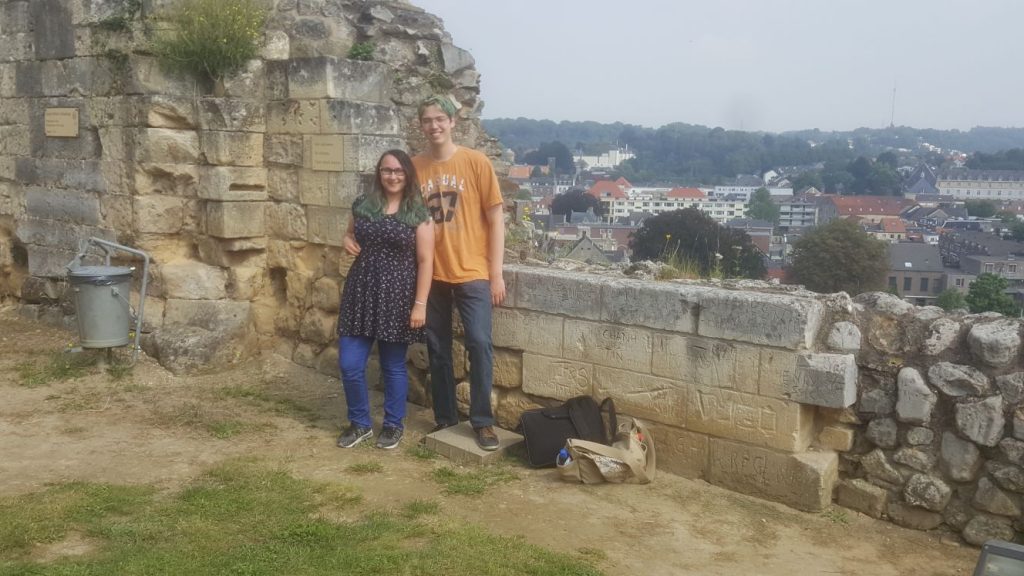 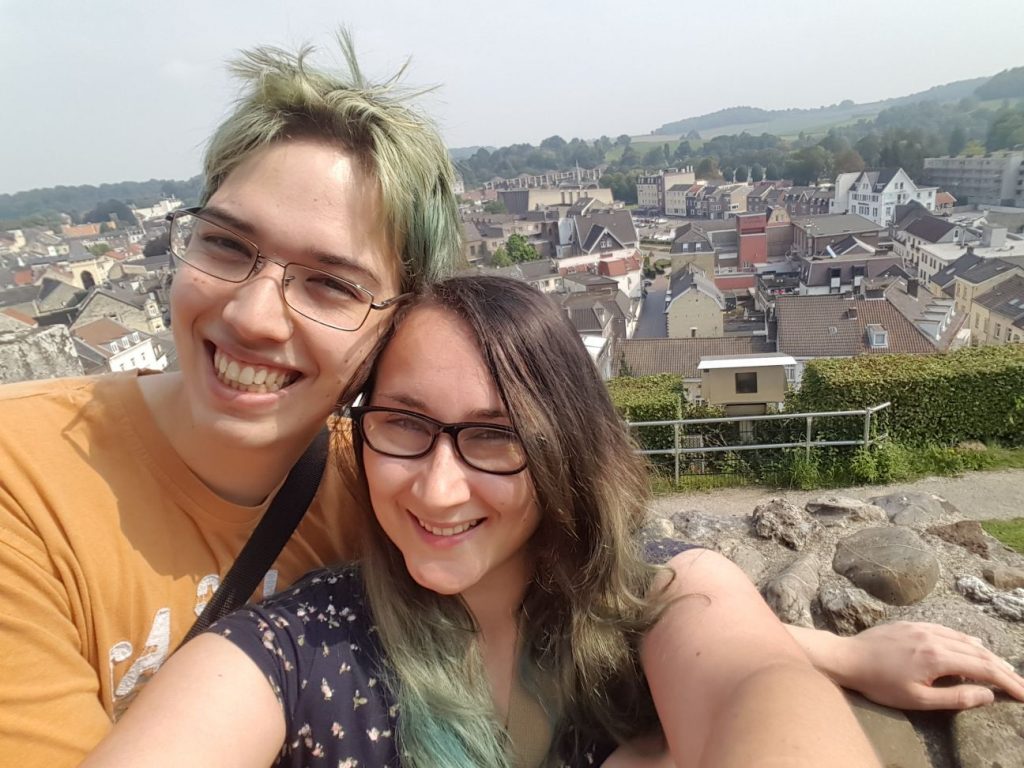 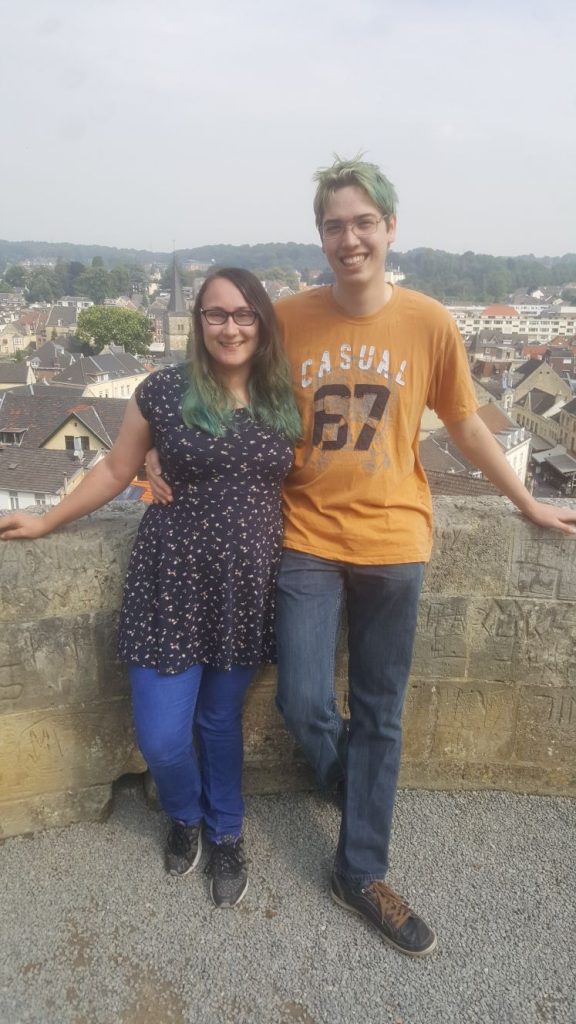 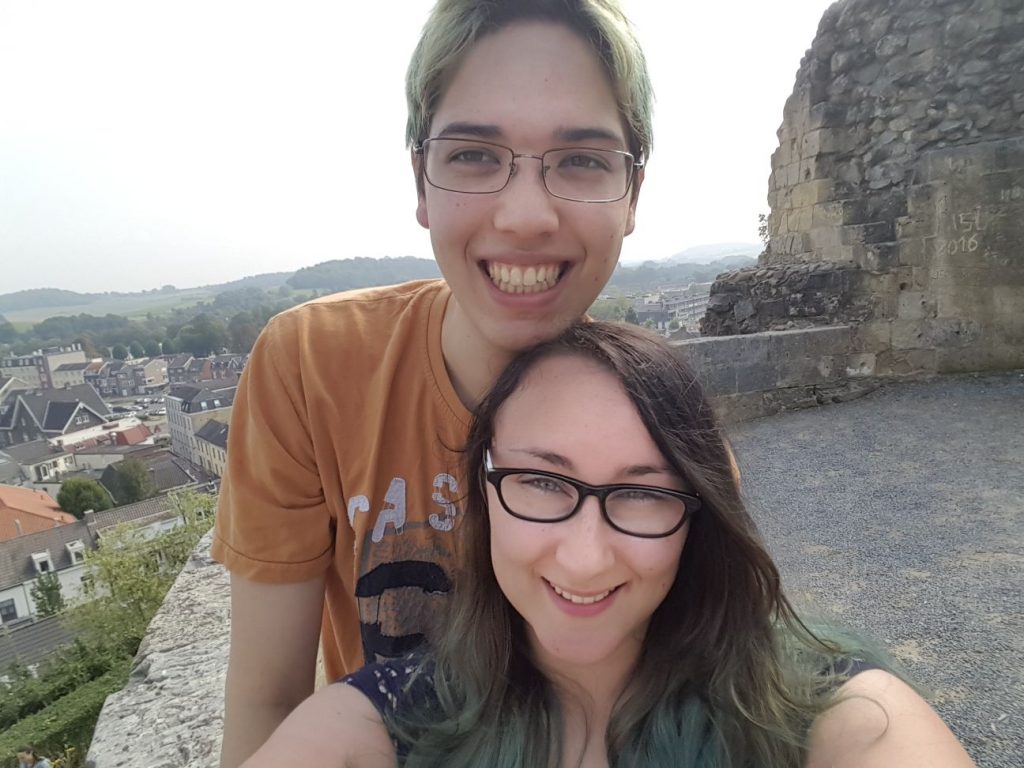 Quite the view too. 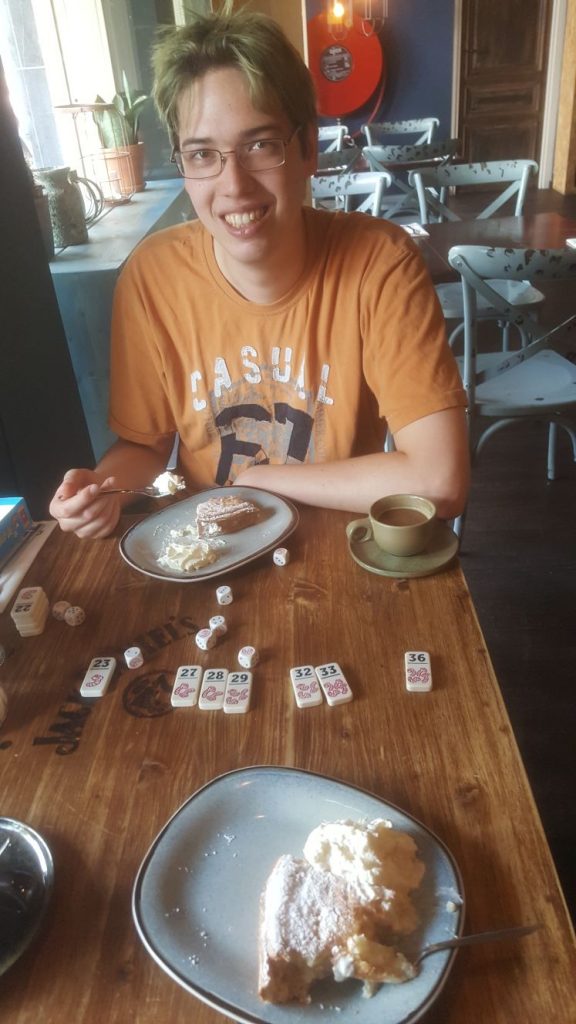 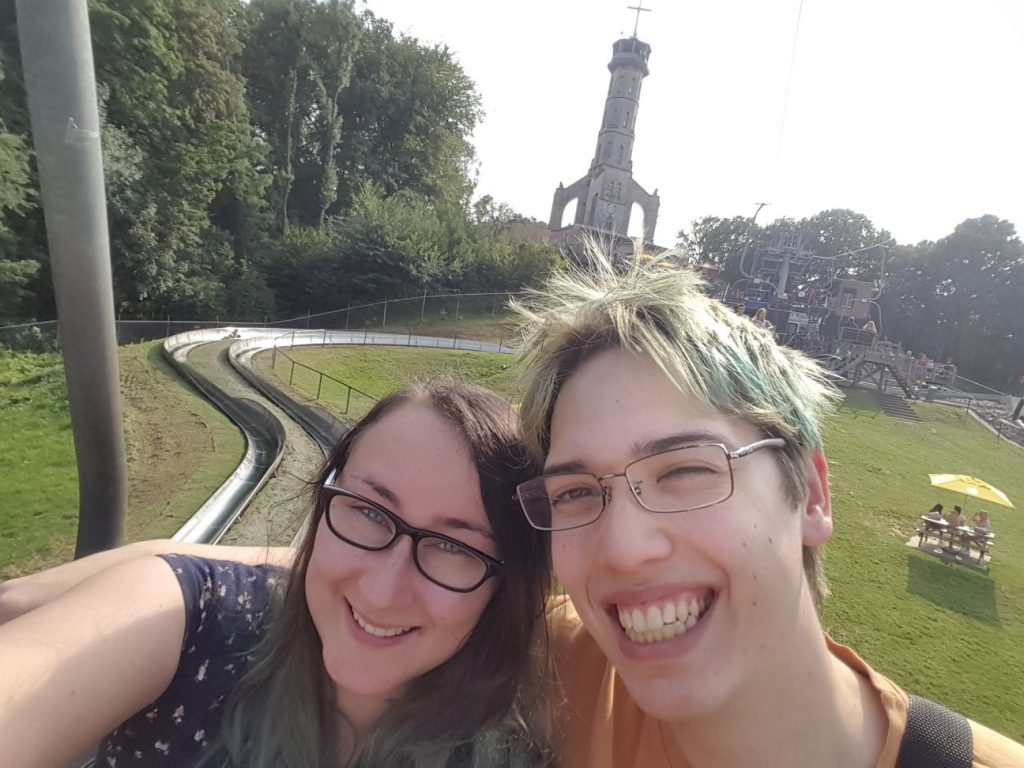 Coming back from the Wilhelmina tower by cable cart. 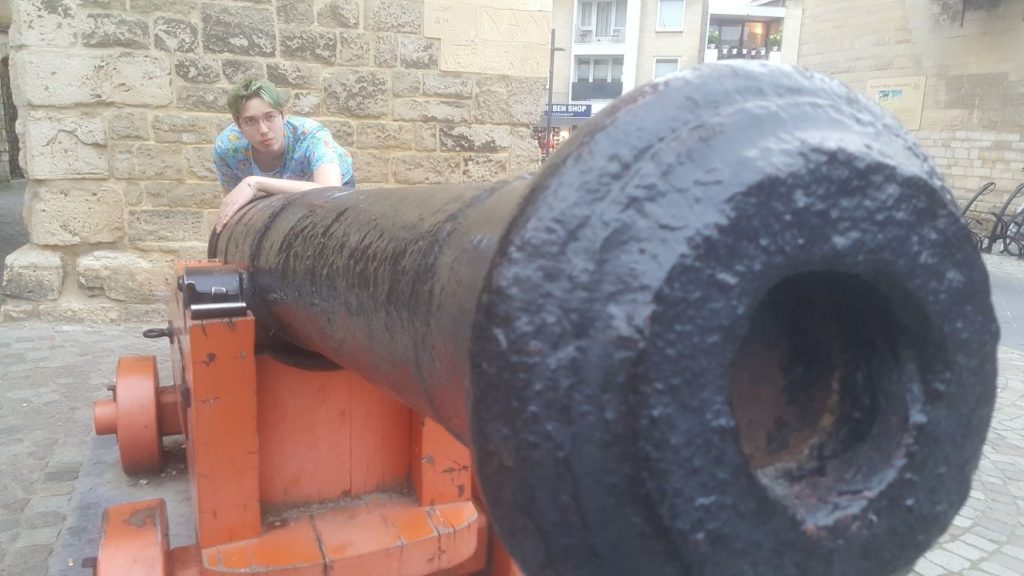 Not sure what to say here. It just was a nice photo-op ^^ 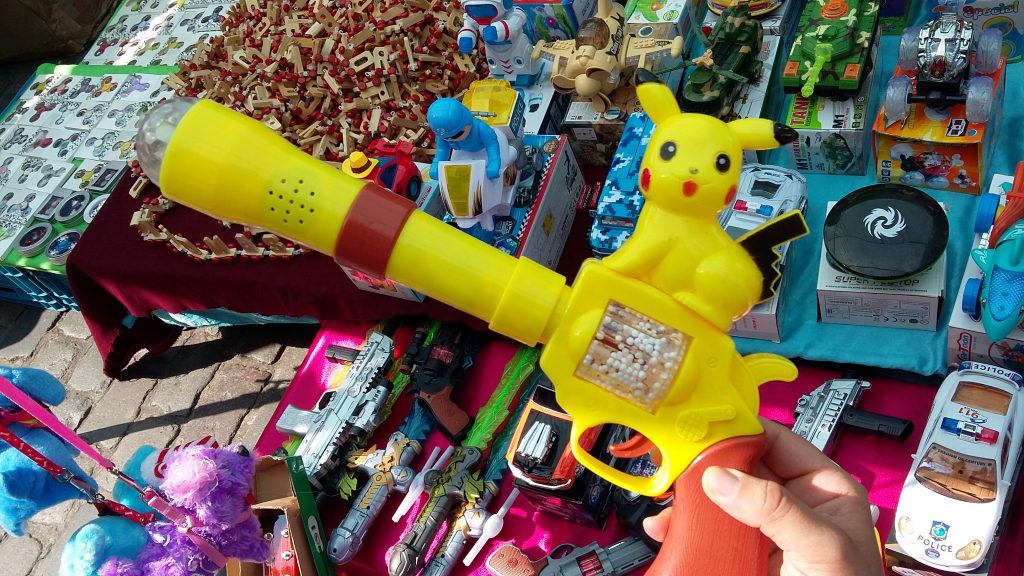 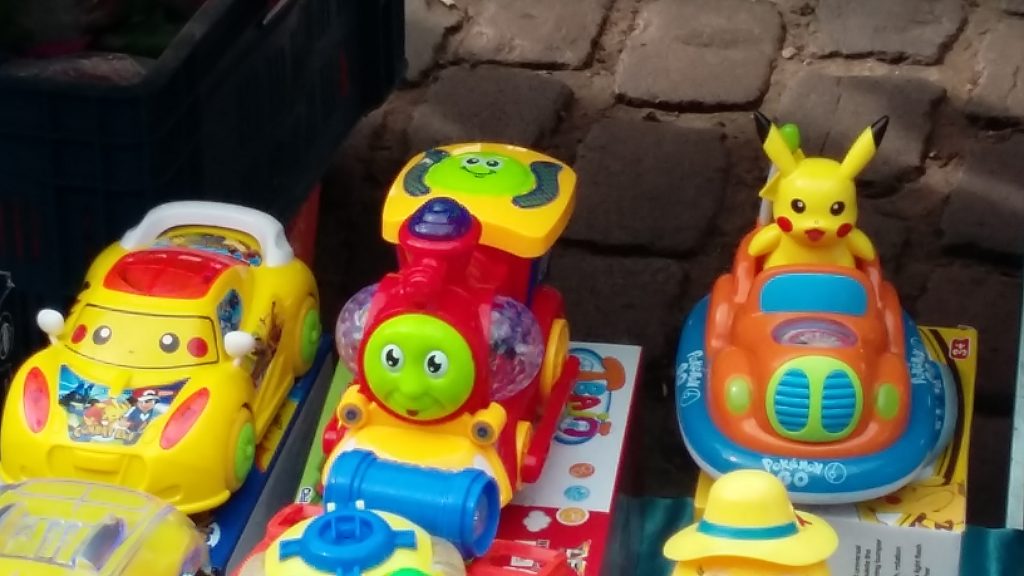 We found these fakies on the Antwerp Saturday market. Funnily enough, there were also about 4 stalls selling bunnies, guinea pigs and all kinds of birds, which is unheard of for Dutch markets. 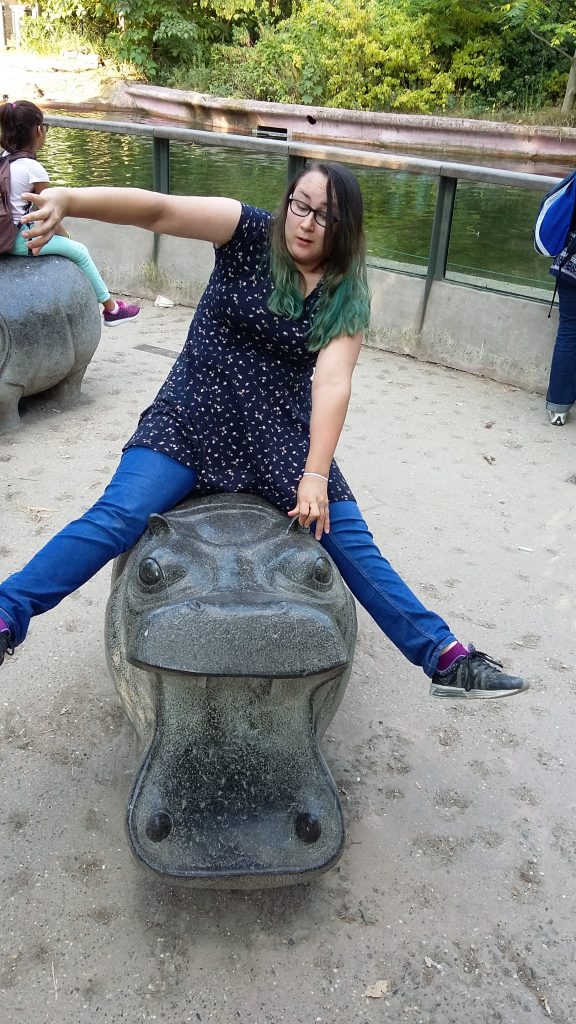 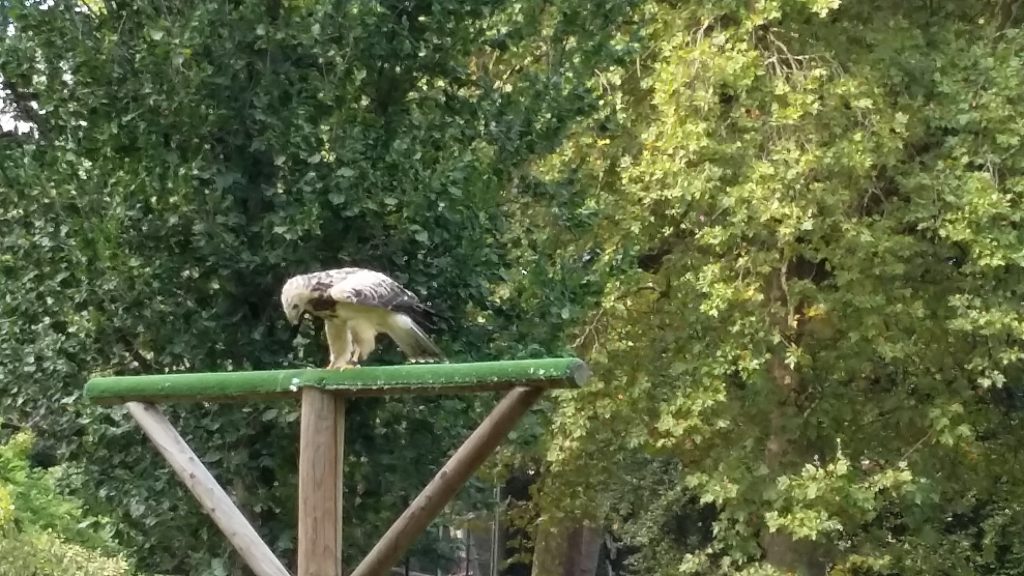 They had a birds of prey show, which was very enjoyable. One cheeky bird just kept coming back for treats while they tried to get it into its cage. 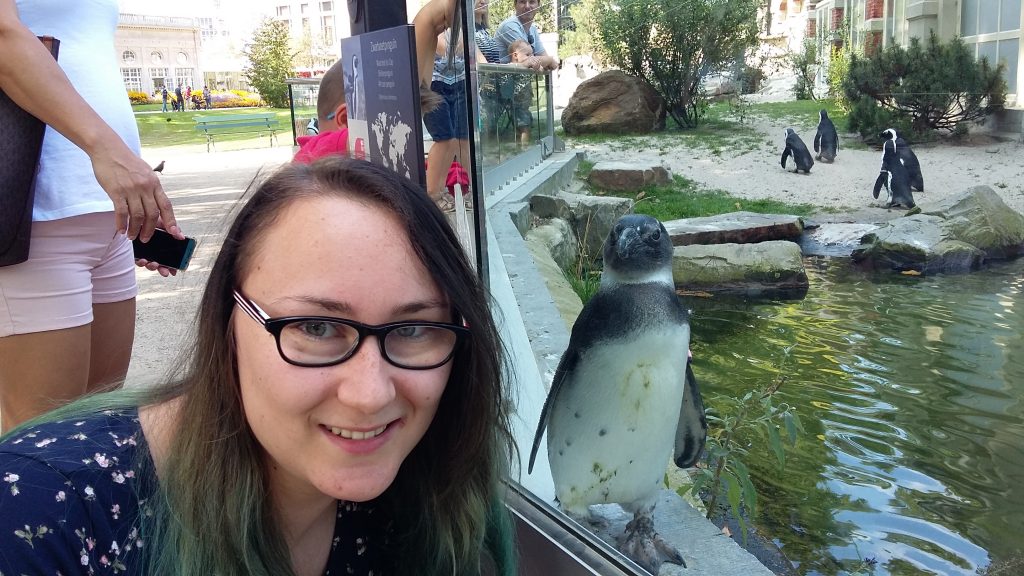 Did you know that the people in Antwerp are insanely irresponsible when it comes to zoos? You could get really close to these penguins, which some people saw as an opportunity to pet them. At another part, we saw someone getting within petting distance of a bird that looked ready to strike, and one parent let their child drink out of a fish pond…

That’s it for this month! I’ve been promising to do something tasty for some time now, and hopefully September can give me that opportunity!