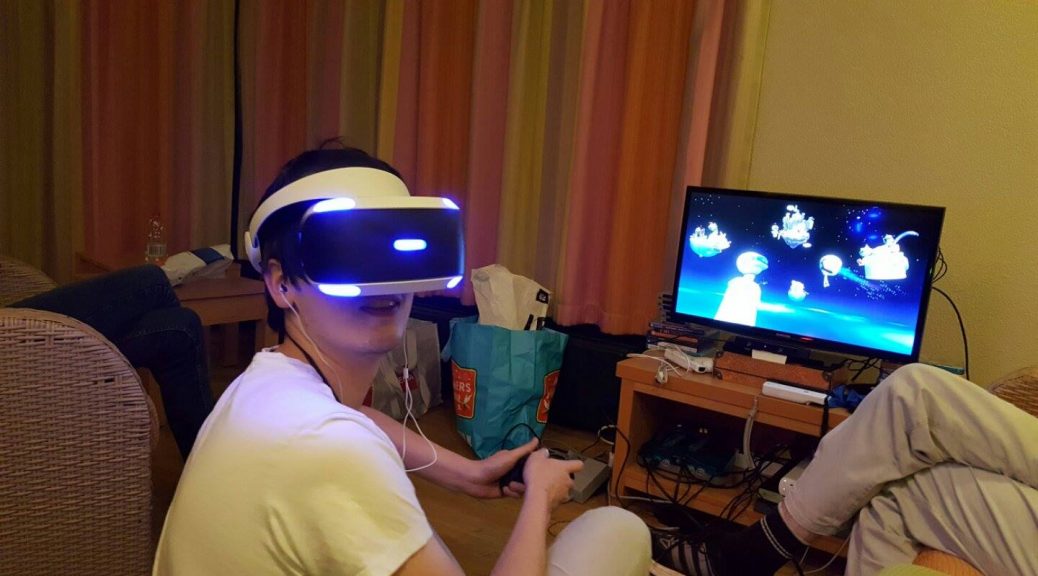 A little background on this: a few weeks ago, Lena and I were invited to a weekend in Center Parks with the committee of Hearth’s Warming Con 2016. In general, it was very fun, especially to see Opaque from Denmark again!

But one of the activities of the weekend was particularly awesome. For a long time, Lena and I have been wanting to try out VR goggles. It just so happened that our friends Melanie and Diederik recently bought the VR goggles for Playstation 4 and brought it along for our weekend.

So last Friday, we had a shot at playing actual VR games! And it was awesome!

It’s everything you can expect from it and more. I started off in a sort of demo room where you could look around at all the things going on. The weirdest thing was being able to actually move closer to the little characters while the game actually zoomed in on them. It was so immersive, I wanted to touch them!

I also played a strange game where I was a dinosaur wrecking a city with my head (yes, by head-banging!), and a shooting game demo where I had to manually reload. I loved it.

This is definitely something we both want to get. Now we just have to wait for it to become affordable (after we get Nintendo Switch!)

Here’s a bonus gif of me shooting: