I have a new friend. He is very hot and great in the kitchen. Well, actually, he is currently too heavy to be in my kitchen, but we’re working on that. I am talking about this new buddy of mine: 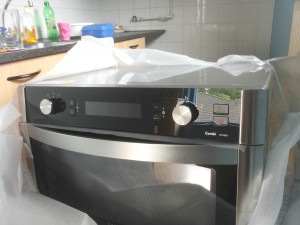 The plan for this month was pretty simple: bake cupcakes; hand out cupcakes to people. But things tend to not be as simple as they sound.

For instance: this brand new microwave oven with steam function and other mysterious settings turned out to be too heavy to stand in the location my previous microwave stood, which is on top of my fridge. I put it there, but my fridge was complaining with creaky noises that sounded highly disturbing.

There are some other solutions, but none of them seem as useful as replacing my fridge by a smaller one (I don’t use all the space in my fridge anyway) and placing a plank for my oven to stand on.

Despite the oven not being properly installed yet, I decided to still bake the cupcakes I wanted to make. Before we get to that, I just briefly want to mention In Pursuit of the Phoenix, whose recipe for the cupcakes I use in this endeavor.

Alright then, onto the cooking stuff!

The first step was to get myself some apple juice concentrate. After searching for what exactly it was, I found I could make it by boiling some apples. 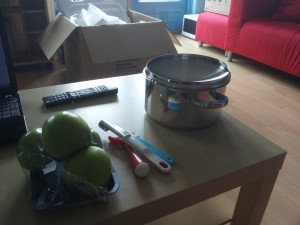 This is a before picture where I was still convinced that this would work out well. 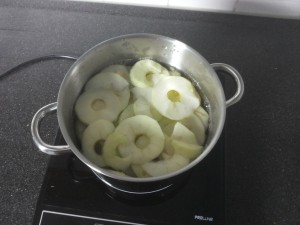 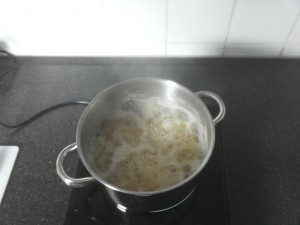 Still apples in a pan, though they don’t look like that anymore. The guide says it should look like mushy fruit pulp. I think I pulled that off.

The cupcakes themselves were supposed to consist of three components: the base cupcake,  filling and frosting.

As the recipe suggests, I started with the filling, which is a combination of sugar, eggs and the previously produced apple juice, to be accompanied by butter later on. 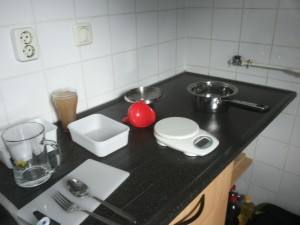 Looks pretty professional, huh? I even managed to separate the egg yolk from the white. Still feeling pretty good about myself at this point. 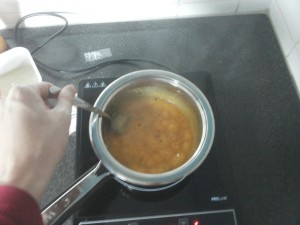 Boiling some more. Smelled like fried eggs. Probably because it involved egg yolk being heated.

When adding the butter, however, I think I made a mistake, because the recipe said to heat until the butter melted and I think I left it on too long after that because I wasn’t sure I did it right. But what do I know, I’m no expert on this kind of thing. So I just continued by putting the mixture into the fridge.

Next part: cupcakes! This is not completely new, but it is the first time working with the base ingredients of milk, eggs, flour and the like. 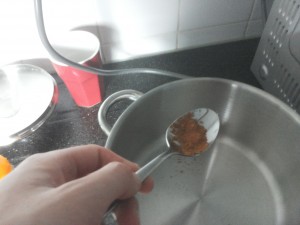 A spoon of cinnamon. It looked so inviting. 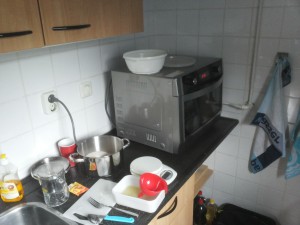 The oven put in its temporary place. 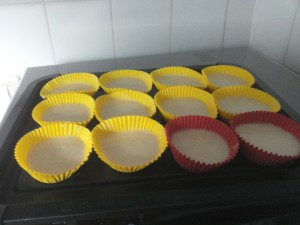 I guess I’ll see you in twenty minutes. There aren’t that many other pictures of this step, because most of this step involved my hands being covered in some form of sticky ingredient.

It was after putting the cupcakes in the oven that I checked on the filling again. It had turned solid like a cookie. A cookie made almost purely of sugar and butter. A cookie that tastes most delicious. But surely not something that would end up in a cupcake. No big deal, I’ll just have cupcakes without filling.

The last step: frosting,  made up mostly of butter and powdered sugar. Again, sticky hands means no pictures. The result was a pan filled with something that even after tossing in an entire can of powdered sugar still tasted like butter. Fine, no frosting either then. 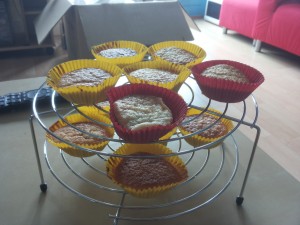 It wasn’t a total failure. I still did end up with twelve more-or-less edible cupcakes. I wouldn’t dare offering one of them to anyone else, but that means more for me, I suppose.

I don’t know how long exactly I’ve been working on this, but I believe this took up the majority of my day. After finally being done, I resorted to playing a game of Just one more with both the cupcakes and episodes of Scrubs while hanging on the couch.

I guess as always, the most important thing is that I learned something from this. This time, it’s that preparation is key. Next time, I’ll convert the units beforehand, so that I’m certain I won’t forget during the baking. I caught myself almost using the wrong amount a few times, but I’m pretty sure it slipped past me at least once. And if I’m sure of what I’m supposed to do, I’ll probably won’t end up with a cookie that should have been cupcake filling.

Which concludes my cupcake baking adventure on this holiday. Did it work? Not really. Was it fun? Yep, though it did take pretty long for not working out. It also left me exhausted. But did I learn something? I believe I did.

And as for future work… 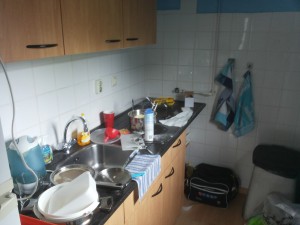