If you live in a city, I think you should know some basic places to go out: restaurants, bars, that kind of thing. So now that I live in Deventer, I made it a point to visit the city center by night. But it turned out it wasn’t just any night.

I chose last Friday to have a beer in the city. As my Dutch readers (and most foreigners too actually) will know, that was the day that the Netherlands played against Spain in the World Cup. We’ll get to that in a moment.

There was more than just the World Cup going on that day. Upon arriving in the city, I was greeted by these sights: 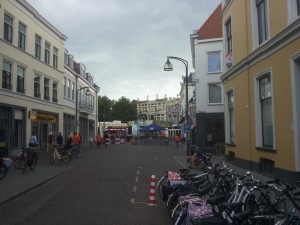 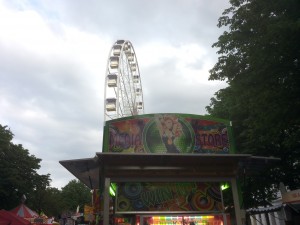 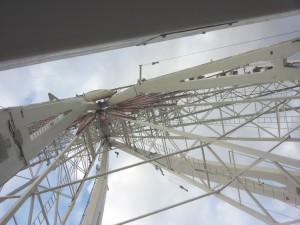 That’s right, the funfair was in town! I knew it was here earlier, but I didn’t know they stuck around this long. I’m not complaining, because it gave me a few opportunities that I would not have thought of before.

For instance, using the Ferris wheel, I got some amazing views of the heart of Deventer from above. It truly is a beautiful place. I even made a short video of it. 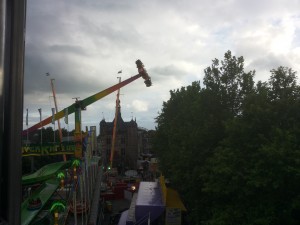 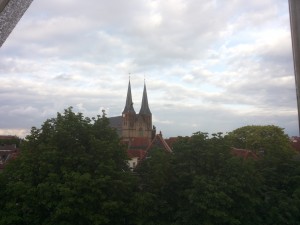 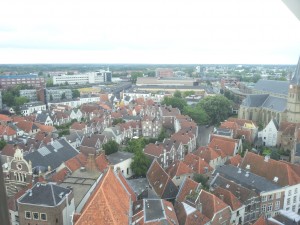 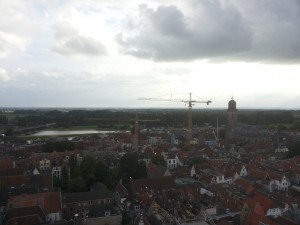 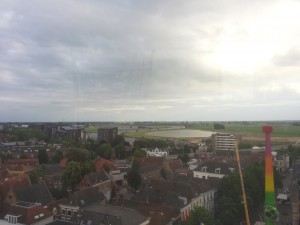 I tried to find my own house and the office I work at, but couldn’t see either past the rows of trees, reminding me once again how green this city is.

After the Ferris wheel, I had some time before the match started, so I shot some stuff. 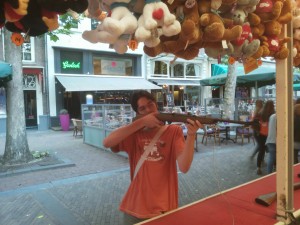 And I shot some other stuff. 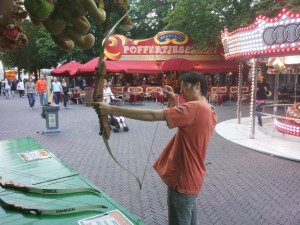 I didn’t win anything, but it still makes for great pictures.

Anyway, it was almost time for the game, so I settled down on a terrace nearby for my first Deventer city beer. 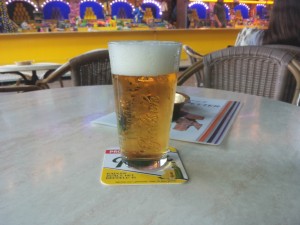 And here’s where I watched the game. Yep, that is indeed one of the funfair stands with some of their own TVs. 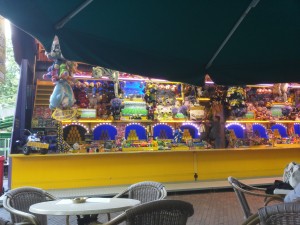 I didn’t stay for the entirety of the match. I saw the “Flying Dutchman”, as well as our second and third goals. I had made my way to the snack cart and was eating my fresh fries when I saw the fourth goal on the screen at the snack cart.

But the fifth goal was maybe one of the most unique experiences. It had begun getting dark, and I had promised myself I’d ride the Ferris wheel again in the dark. I was just nearing the high point when a loud cheering came from below. People were jumping and shaking chairs over their head. It was quite a thing to see. 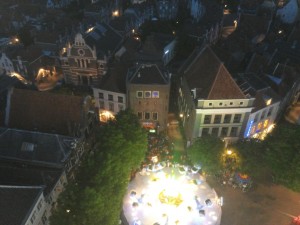 But seeing as I had plans for the next day, I decided to call it a night after that. I’m pretty sure the game ended shortly thereafter, because people were going outside to celebrate as I biked home.

Which concludes my evening. I was not looking forward it too much at first, because it’s pretty easy to not go out if there’s nobody you’re letting down by not going. Still, I’m glad that I didn’t let myself down. I had a fun evening and saw some beautiful sights, which make it all worth it.

Have a picture of the moon to end on. 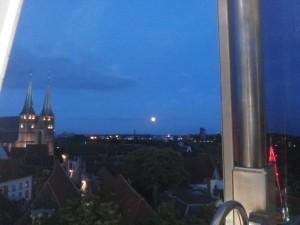