Last month, I promised something big going to happen this month. Unfortunately, due to temporal and financial constraints, the thing that we had planned for this month had to be postponed. However, this month has plenty of opportunity for things I’ve never done.

Lena’s mother had offered us to watch over Medley for the weekend, which meant that Lena and I had some time for ourselves. We didn’t have anything in particular planned, so we decided to spend the day hunting for Pokémon, as we usually do with our spare time.

We were considering going to Kijkduin, the Pokémon capital of the Netherlands, where legends foretold would reside numerous wonders like Blastoise and Lapras. However, we also feared that parking would be a problem, and we were unable to obtain cheap train tickets in time, so our plans were moved to Hoorn instead, which was suggested in some comment on some website somewhere.

As we were staying at Lena’s mother for the night (Friday-Saturday), this decision lead us to cross the Afsluitdijk, a 32 km connection between Friesland and North Holland, which forms a barrier between the North Sea and the man-made IJsselmeer.

It wasn’t quite what I had expected. I knew of the existence of this crossing, but in my mind it looked like the bicycle bridge from the Pokémon anime. Instead, it was actual land with a road on it, and even a few stops to the left and right. Unfortunately, we couldn’t see the North Sea, but the IJsselmeer was quite a sight too. And though I expected this to be the case, the Afsluitdijk can also be crossed by bike: something I’ll definitely do! 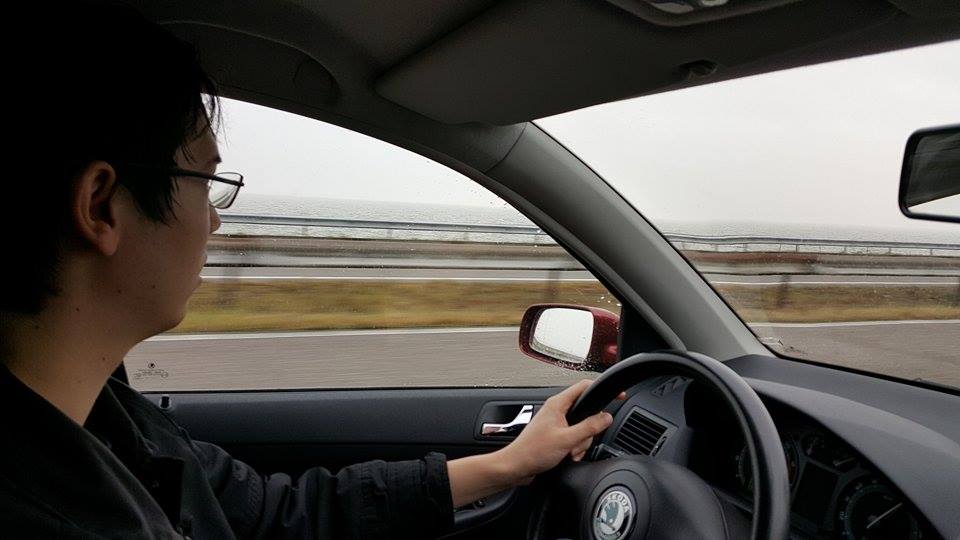 Ok, so onward to Hoorn. Our research found a place to park for free not too far off the center. However, our search in town was very disappointing. We managed to grab a few Pokéstops, but aside from the Ratata-Pidgey junk we find at home, nothing valuable showed up.

So, we made the best decision we could make that day: we decided to drive to Kijkduin and just gun it. After our second hour-and-a-half drive, we found that the parking problems were grossly exaggerated and we found a spot without effort.

As we walked towards the promised land, the first signs of success were already showing: Voltorb appeared in the sightings list, shortly followed by Electrode. And before we even made it to the Deltaplein, the hotspot of Pokémon Go the Netherlands, we encountered and caught both of them. 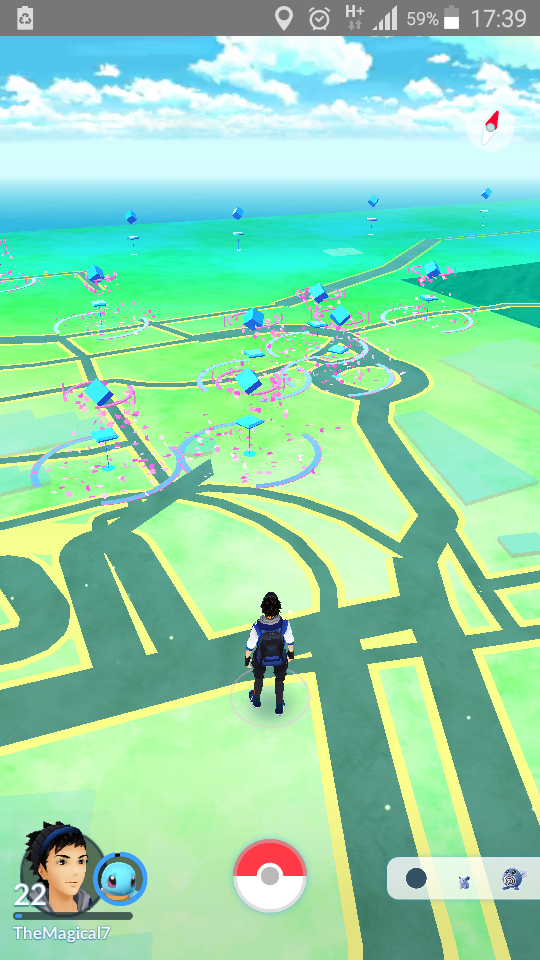 Feast yer eyes on this!

The hotspot itself was beyond anything I could have imagined: a small center with five Pokéstops , with at least 15 more stops in the near vicinity, with at least 7 or 8 lures active at any given moment. There was not a single time that there weren’t any Pokémon to catch. The sightings list couldn’t even keep up with the amount of Pokémon. And the people! There must’ve been at least a hundred of them. 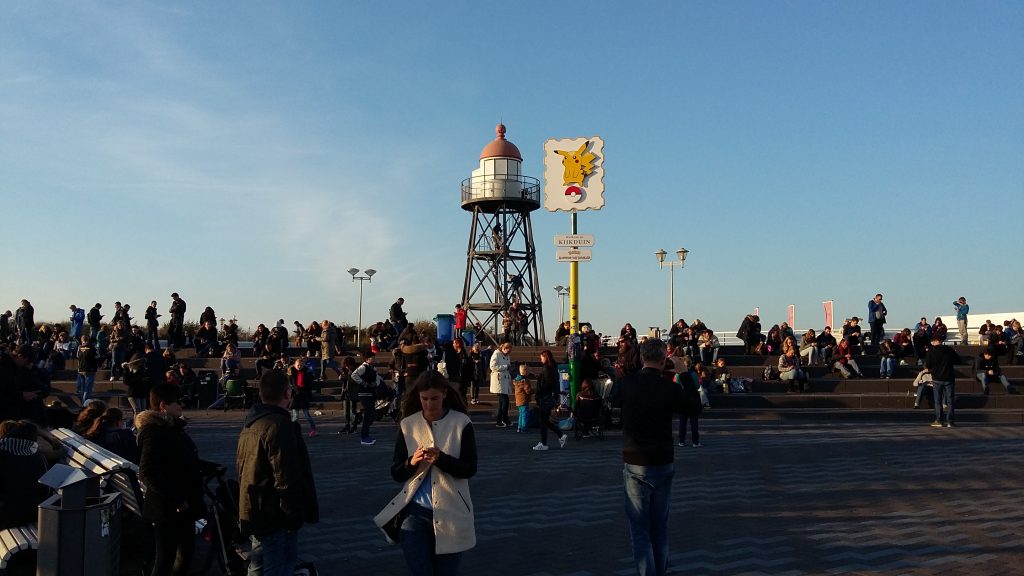 I saw pictures of twice the amount of people from someone who went the day after.

The Pokémon that spawned here were also of the rarest kind. The regular Pidgeys and Ratatas have been replaced by hordes of Voltorbs, Magnemites and their evolutions. Every once in a while, a very good Pokémon would spawn. We managed to catch Jolteon, Omanyte, Kabuto, Hitmonlee, Muk (though it ran away for Lena), and even an Aerodactyl (we were leaving and decided to do one more round when it spawned). 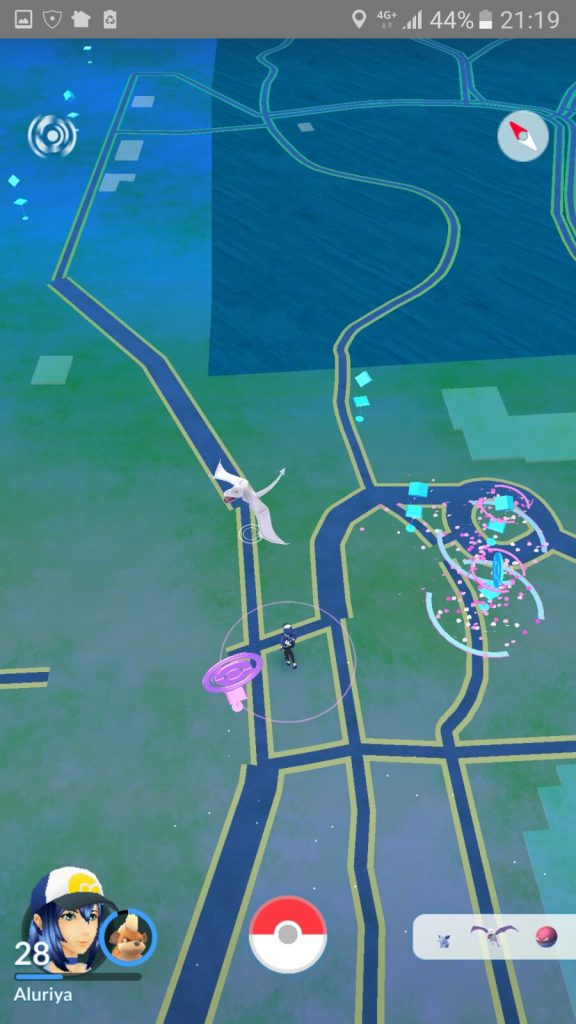 Mwahahaha. I have an Aerodactyl!

But there are more stories about the place, and I have found them to hold some level of truth as well. People living in the surrounding area complain about the noise coming from the gathering of trainers. Aside from the occasional children yelling, the people present were not that loud, but the sheer number of them caused a constant humming of conversations, which I can imagine is very audible for the nearby flats. It’s not something you can blame a specific person for, but the collective group still brings that about. I hope it won’t cause repercussions against the spot though, as we will certainly come back to this place!

P.S. I would have loved to write an I Never about watching the sun set behind the horizon, but a layer of clouds prevented us from seeing it. Another reason to come back and try again!