After last month’s bugs burger, this month is again about health. I’m not sure if it’s because I became father, or I’m just trying to be healthy in general, but I really want to improve myself in this area.

So why the sugar break? This one caught my attention when I saw a news article in our local newspaper, mentioning that a nearby supermarket would organize the sugar break challenge. Of course I seized this opportunity and applied. I hope that following through will result in an increased energy level, which should also come in handy as a new parent.

Tomorrow it’ll start with three days of cutting down, followed by seven days of the challenge itself. I’ve been working towards it by checking some of the products I’m using and found that it may be more difficult than I thought. There are way more products with added sugar than I expected. But still, I’m going for it!

So as it turns out, the challenge does not actually start on day 1. Instead, the first three days are a sort of introduction with some tips and background information. Also, I set a goal for myself, which is to consume no added sugars, except for special occasions: in this case, Lena’s birthday will be during the challenge, for which I will allow myself a piece of cake.

But yeah, nothing so far.

Today there’s even less to report than yesterday. Basically, the challenge hasn’t started yet. I’m enjoying some sweet, sweet sugar before it’s time to say goodbye. 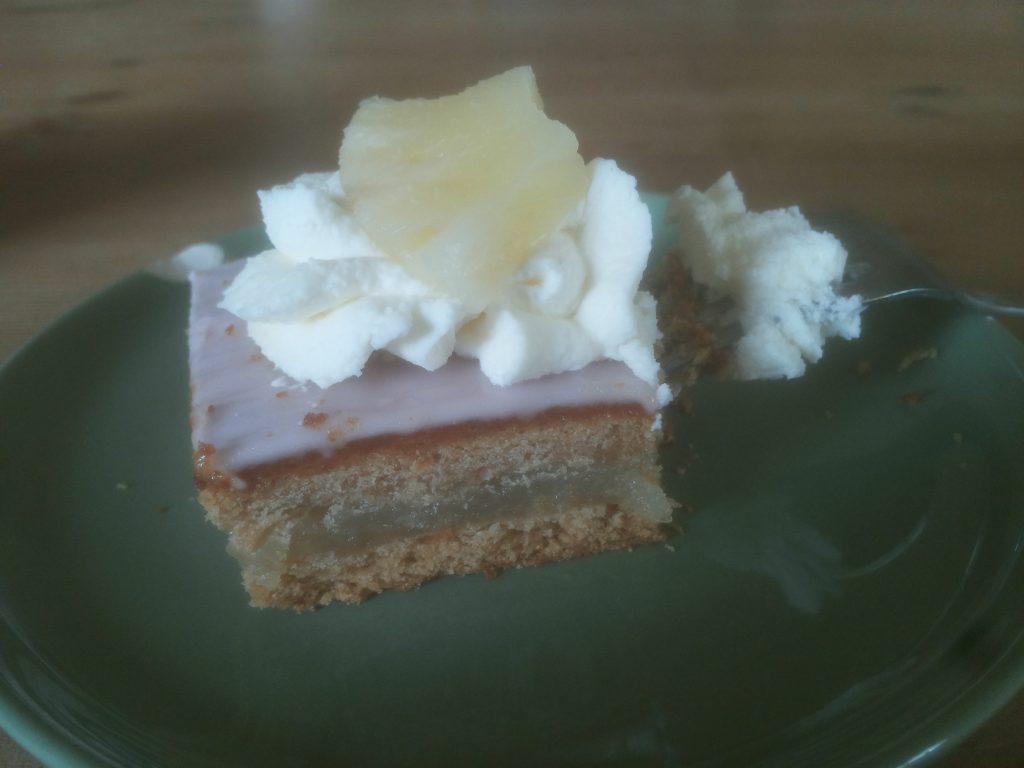 The final day before the challenge begins. I would have expected to take in excessive amounts of sugar today, while I still can, but I haven’t done so. I guess I’m not such a sweet tooth after all. Still, I did realize that certain things I consumed today would not be on my menu for the coming 7 days.

Today was the first day of the actual challenge. I already failed. Twice. But both times with a valid reason as far as I’m concerned.

It started off pretty well. I got up early to feed Medley, had a good breakfast and started working. Aside from my coffee, which I’ve been drinking black for many years already, nothing of interest happened.

At lunch though, I was checking the ingredients of some of our bread toppings, when Lena asked me whether the meat I was eating was allowed. I thought I’d checked it. Apparently I hadn’t checked thoroughly enough. Strike one.

I continued working. The few times I went downstairs to get something to drink, I walked past the candy bar jar without taking something. It didn’t feel bad. I guess I’d usually eat candy because it’s there. The one time I did get the munchies, I went for an apple instead, which is something I haven’t done in some time either. My lifestyle is already improving!

After work I took a quick trip to the supermarket to stock up on things I will be allowed to consume during this week: eggs, cheese, milk, yogurt, salted peanuts and chips. Especially the last one is an important one in dealing with stress when sugar is not an option. Let’s hope I won’t need it.

During dinner, I had a second strike. We had shawarma, but I technically wasn’t allowed the pita bread. Still, they come in packs of six and Lena can eat only so many before they go stale, so I decided to help her out on this one. That is one of the things about this challenge: it’s difficult to deal with products we already have bought. I’ve been thinking about how I’ll continue after the challenge. On the one hand, I don’t want to throw the results away, but at the same time, there’s still a lot of things we have that would be wasted if not consumed. I guess I’ll have to wait and see how I feel about it after this week.

Today was chaos. I had chips for breakfast and more of them for lunch. Went back to bed at about 12 and got up for work again at 2. Taking care of Medley today was stressful, which reflected in my eating habits.

It got better though. After some more resting and a shower, we had a good dinner and some Wii U fun with friends in the evening. Only challenge today was to not grab anything from the open bag of Doritos everyone was eating from. I ate a kiwi instead. I’m proud of myself for eating fruit.

The hard days have yet to come however.

We’re almost at the half-way point and it’s getting difficult. Today I had sugar twice again. Both times were again a mistake.

It started with the consultation bureau, which is an agency helping parents take care of their children by offering advice, paid us a visit to see if we could do anything about Medley’s restlessness. Their advice was for us to be strict about her feeding schedule: at least three hours between meals and only one meal between 11 pm and 5 am.

Medley did not agree with this. Her last meal was at 9 pm yesterday, which meant that there were 8 hours to bridge during the night with just a single meal. Medley started crying after only 3 hours. So the objective became to quiet her for another hour.

We went outside. Earlier, we had found that placing her in the car seat and driving around could calm her down. So we went to McDonald’s to also make our little ride enjoyable by mom and dad.

Unfortunately, because it was so late, I had barely slept the night before and Medley’s crying was again stressful, I forgot about the challenge. Lena reminded me after eating some chicken nuggets with sweet and sour sauce. And after we got home and took care of Medley, I took some sips from our cola.

Ah well, mistakes can be made.

Today I know beforehand that I won’t have a sugar-free day, as it’s Lena’s birthday and I promised her I’d have a piece of cake.

But you’ll hear all about that tonight.

It started off okay. Like I said, I had a piece of cake this morning (afternoon actually, got to sort of sleep in). I genuinely enjoyed it. It wasn’t like I needed to chow down on it. I could slowly consume my treat and enjoy every bite.

But then in the evening, things turned around. Lena and I went out to all-you-can-eat sushi. I expected it to be mostly sugar-free. After all, it’s mostly fish and rice, right?

I’m sure some things had sugar in them. I’m pretty sure mayonnaise of the salad had sugar, and some other things as well probably. I’m not one to ask for each and every possible dish whether it had added sugar or sweeteners though, so I just ignored everything and ate what I wanted.

Then came the dessert. After checking the available options, I planned on skipping it. However, while Lena went to the bathroom, I asked one of the waiters whether we could have sparkles, as it’s Lena’s birthday. They said yes, but seeing how I didn’t know which dessert Lena would go for, I decided to simply take the same dessert she did, so she would always get the right dish with sparkles.

She picked ice cream and two brownies. Screw it, I thought, it’s an all-you-can-eat dinner. I counted it as a special occasion.

In the end, Lena ate my second brownie. I was full beyond reason.

Though I did manage to avoid carbonated sodas, so partial success for me?

We’re nearing the end of our challenge. I’m not craving sugars, but I do feel like I’m missing out on a lot of things. For example when Lena was eating some Ben & Jerry’s today. Or Carolyn’s chicken stew, which is so delicious, but contained broth with added sugar, which meant I had to say no (though I did have some before I knew the ingredients). There’s probably not that much sugar in it, but the challenge is to have none at all.

Things like the chicken stew will probably find their way back into my menu after this week. On the other hand, I have no desire for things like candy or soda pop, so I’m happy with that result.

I feel like I failed the challenge. Today, I again had various things with added sugars, but to be honest, I don’t feel like there’s a point in avoiding them altogether any longer. I’ve had too many mistakes and sins this week to consider the challenge a success, and these last two days also have plenty of moments where sugars are part of the occasion. I guess I’ll just accept that as it is, and enjoy these moments.

But though I failed the challenge, the challenge did not fail me. I’m taking enough teachings from this week and bring them into the future. For example, I’m reducing sodas to when there’s literally nothing else to drink. I’m also quitting sweet snacks during the day. Instead, I now prefer a piece of fruit. And the moments I do get to eat a sweet treat will be more special now.

So that’ll be it for this week and for I Never this month. Thanks everyone for the interest and the support. See you all again next month!

2 thoughts on “I have never attempted the sugar break challenge”